Saying “No” — to others or even yourself — isn’t easy. But if you struggle at all with time management (or overwhelm, or stress or…), then you need more of the Power of No in your life.

Because saying No to the things that don’t benefit you frees up time to focus on what does. Whether it’s at work, with family, or anywhere else you need better time management for your priorities, No is the way. Even a smidgeon of well-placed No across your day can quickly add up to a palpable reduction in stress and boost in focus. 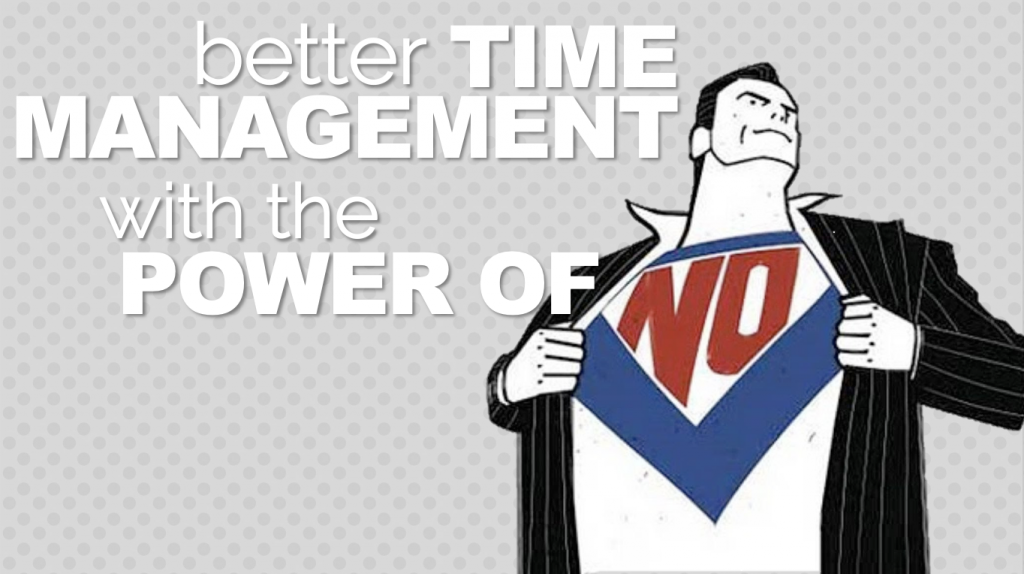 Saying No can be difficult. But the Power of No can be life-changing.

A Lesson in No: Steve Jobs

The controversial, world-changing Apple founder and CEO got fired from his own company because he said No to business pursuits he knew were leading the company’s focus astray. And of course he was right. So he was famously re-hired, then angered even more people with even more Nos on his way to making the company the most valued in the world.

“People think focus means saying yes to the thing you’ve got to focus on. But that’s not what it means at all. It means saying No to the hundred other [things] there are.”  – Steve Jobs

Now, saying No can be tough. Especially when it involves other people… 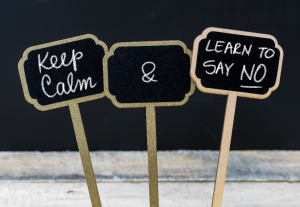 And while the following brutally frank quote may be true…

“‘No’ might make them angry. But it will make you free.” – Nayyirah Waheed

…we can’t not care about making people angry. So, one trick is to say No without saying “NO!!”

And there’s actually a handful of tricks for doing so, all of which I share in Crusher™TV Episode 45, but in this blog it’s more important to discuss pre-empting the need for the No!

Saying “no” especially in interpersonal situations is tough, so ideally, you’d steer clear of situations where you’re are likely to issue a helpless, “Oh, OK.”

The first step in leveraging the Power of No for better time management, is to know your own particular Yes Triggers. For instance, my colleague Susan Lasky has her clients consider the following questions…

Are you particularly sensitive to confrontation or disharmony?

Are you worried about being judged in some way?

Do you tend to have an unrealistic sense of time and/or workload when saying “yes”?

Know your trigger, and “no” gets way easier!

A Closing Thought on Better Time Management via No

Practice on some little Nos and, with practice, you’ll start getting comfortable with the really tough Nos that may come your way in life.

Like saying No to the job or career that’s not ringing your bell anymore. Saying No to a convenient but crappy relationship. Or saying No to a potential client who isn’t a good fit with with your temperament or your values.

Eventually, you get to the place where, to quote one serial entrepreneur…

But meantime, always say Yes to the firm belief that…Whatever’s in your way is yours to crush!

Want More Ways to Access the Power of No?

I dedicated a Crusher™TV episode to The Power of No: How to Guard Your Personal Boundaries, and you can click to watch the short preview below. (If you’re not a Crusher™TV Member and would like to watch the entire Episode and any of over 100 “mini-masterclasses” teaching productivity and personal development, you can join for $1 at Crusher™TV and cancel any time ya like.) Preview Episode 45 by clicking the image below: 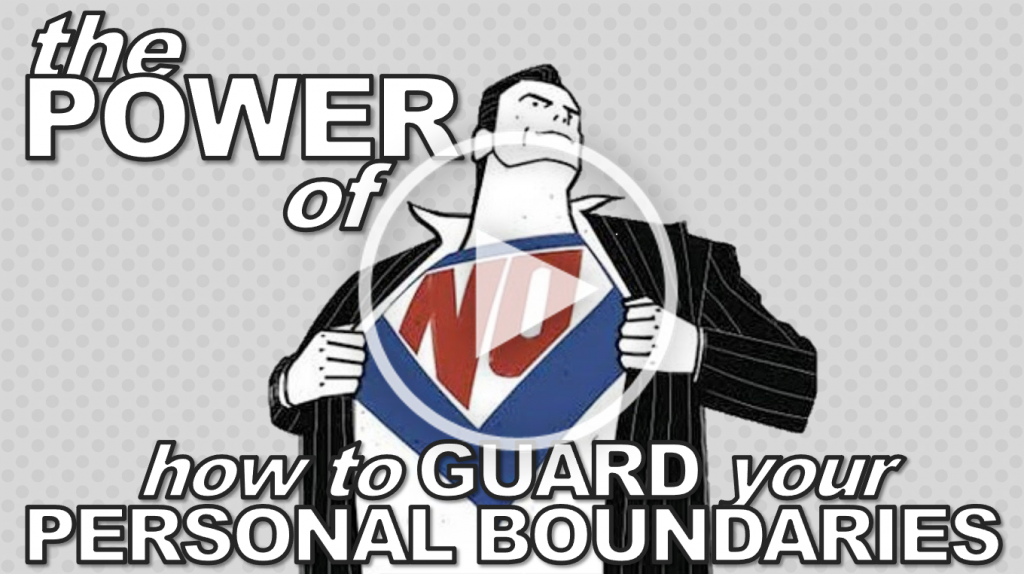 Each Crusher™TV Episode is a well-researched “mini-masterclass” of evidence-based solutions on a specific productivity topic.

Description: The more stuff you say “Yes” to, the smaller the percent of your time will be yours. In this Episode, I share simple ways to guard your personal boundaries and say YES to what matters.

Bless!
Alan
P.S.: Other Things to Always Say YES To: Elimination. Automation. Consolidation. Delegation. Anything that “multiplies your time.” And going for a walk. Getting quiet. Shutting the hell up (they’re different). Sleep, rest and recovery. Love, APB.

Alan P. Brown, an internationally recognized Productivity Coach, TEDx Speaker and #1 Best Selling Author of Zen and the Art of Productivity: 27 Easy Ways to Have More Time, Earn More Money and Live Happier is the host of Crusher™TV, where he and his Guest Experts share simple ways to get more done in less time with less stress. Follow Alan on Twitter and on Facebook. 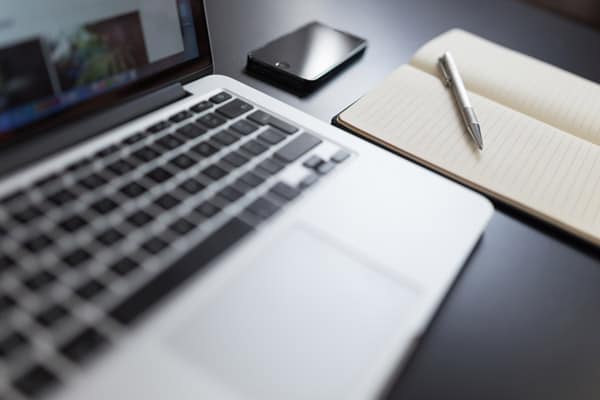 Get my free 4-video series, the Productivity Accelerator 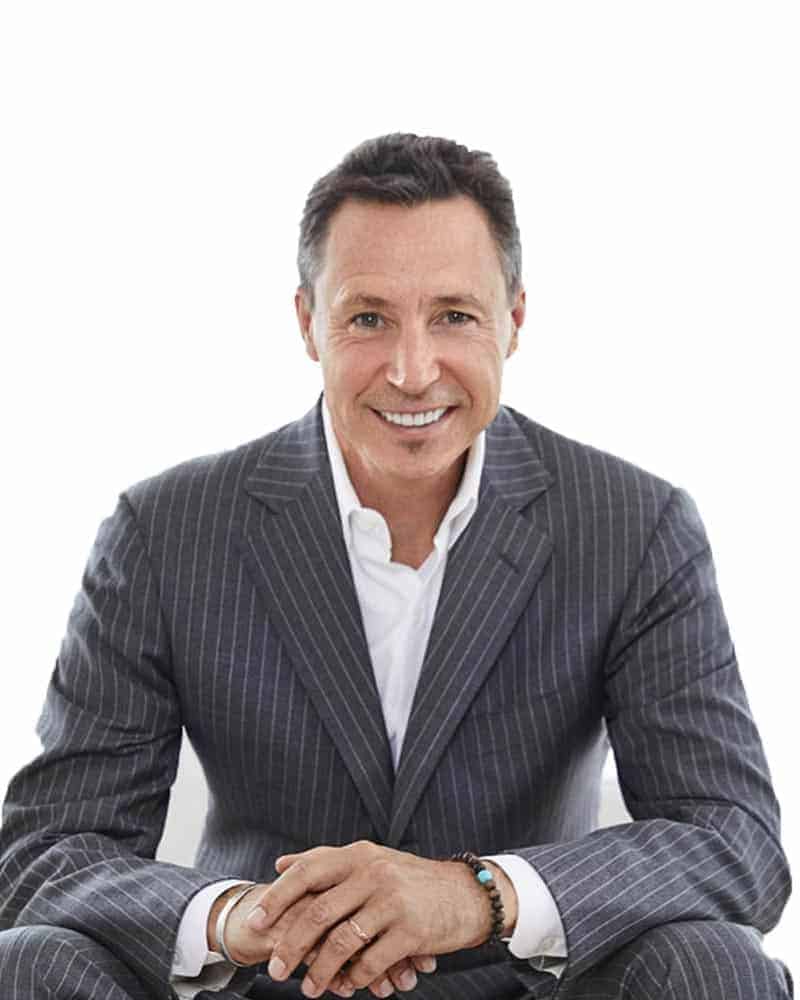 I help overwhelmed people take control of their work and life 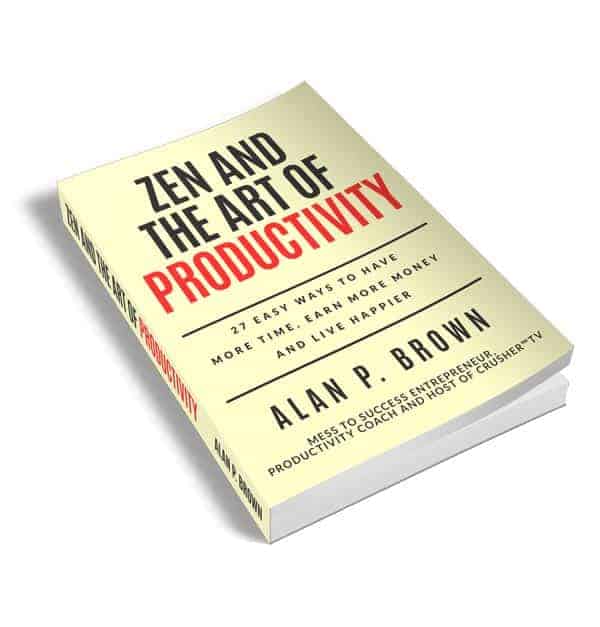 Get My #1 Best Seller